From October 7 to 13, the digital education campaign Hour of Code will be held in schools throughout Chile. It is an international initiative that, through a game playing process, promotes learning of programming and the development of computational thinking in children and teens.

As the largest educational event in the world, with a presence in more than 180 countries, millions of students can now approach the fundamentals of programming from an active role, supported by interactive tutorials with which they create instructions, animations and games.

NIC Chile has collaborated with this campaign since its first event in 2015, recognizing the importance of programming in the development of creativity, logical skills and problem solving. 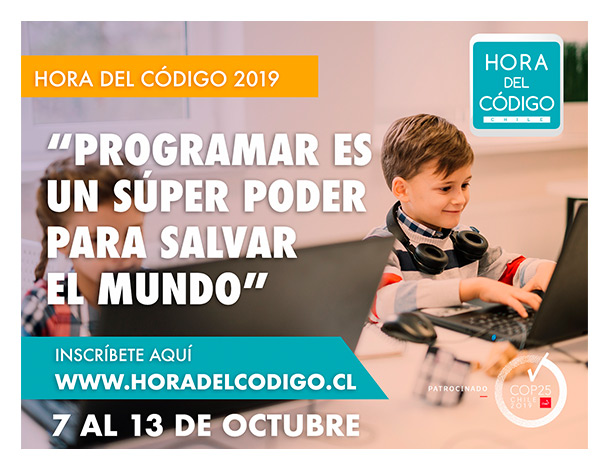 NIC Chile, a center of the Faculty of Physical and Mathematical Sciences of the University of Chile, is in charge of administering the domain name registry of .CL, that identifies Chile in the Internet. In this role, it is responsible before the local and global Internet community for its secure and efficient operation, to allow persons, enterprises and institutions to build their identity on the Internet, under.CL.